March 16, 2009
This weekend the first annual Tucson Festival of Books was held on the U of A Mall. We went on Sunday. Apparently much of Tucson did too: the AZ Daily Star estimates attendance at 30K! Next year I'll plan better, so I can attend lectures by some of the featured authors. This year I would have enjoyed J.A. Jance and Diana Gabaldon. As it went, though, we just hung out for a few hours and had a great time. 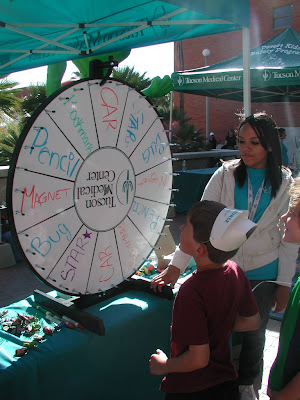 At the TMC booth you could spin the wheel to win valuable prizes. Evan won a set of ABC magnets. 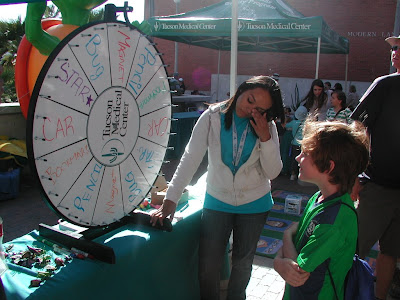 Jack won a car eraser and a pencil. 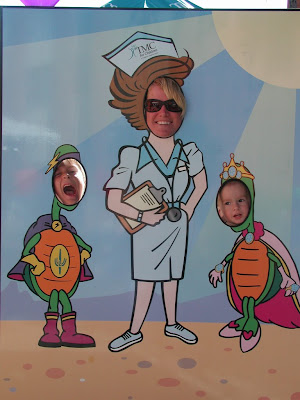 Two years ago Brazey was born at TMC, and here he is a TMC princess turtle (just like Junie B!). 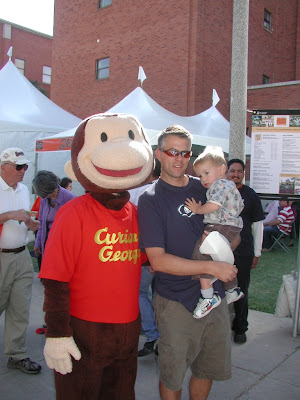 Brazey met a real celebrity. Jack's a skeptic, however. Jack said, "I can see his head." 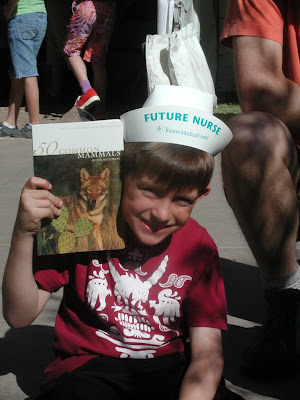 Evan got a cool animal book. 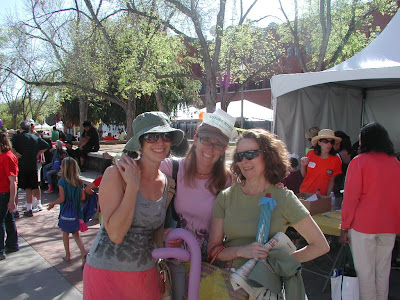 Good things come in threes: my writing buddies and me (Molly, me, Charlie). 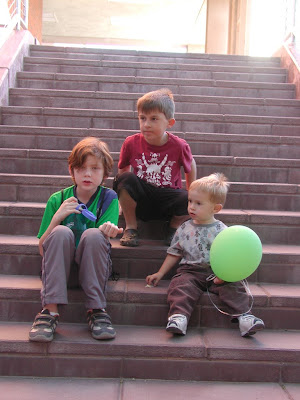 auntie m said…
Sounds like a good time. I googled the authors. I wonder if I'd like The Outlander series.
9:45 AM

auntie m said…
Sounds like a good time. I googled the authors. I wonder if I'd like The Outlander series.
9:46 AM