what happened to the doll 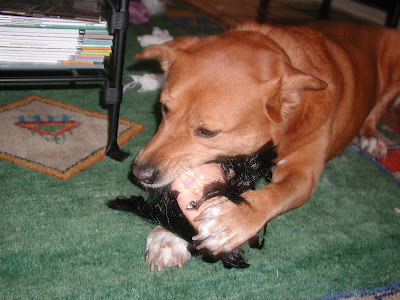 That poor doll came from the preschool. The kids somehow tore off one of her arms so Robin was going to throw her away. I said, "I'll do something arty with it" because I can't bear to throw anything away. I salvaged both arms (for a Hands Are Tied cigar box shrine) and let Cassie have the rest. The boys helped her destroy it. Unkind, I know. She was an American Girl, but not the kind Tom Petty sings about.