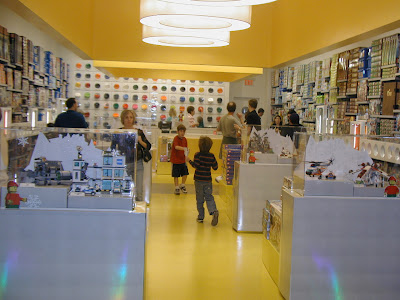 Saturday, 11/29/2008, on our way home from MamaD's in Scottsdale, we stopped at the mall in Chandler specifically to visit the Lego Store. Yes. It's awesome. All Lego-yellow inside, super-bright, with all the catalog items on the shelf. I loved it as much as the boys did, but in a different way. 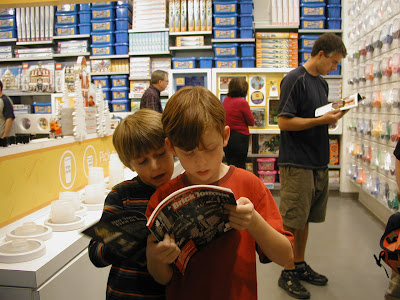 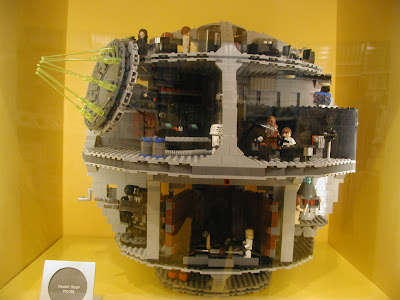 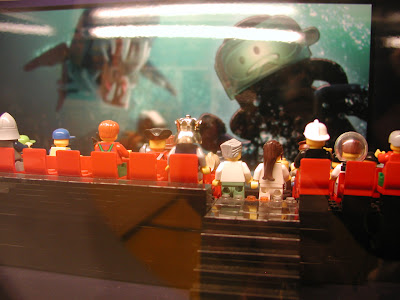 At kids-eye level these little portals open up onto various Lego scenes. The movie theater was one of my favorites. 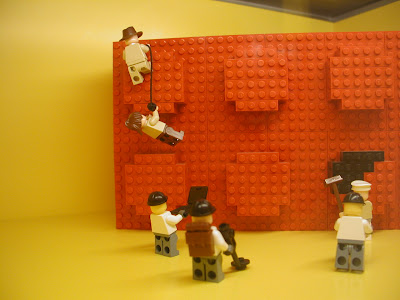 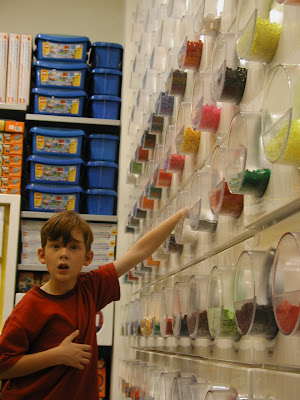 I also loved the Brick Wall, where you can hand-select bricks in various configurations and colors, perhaps to replace bricks you've lost, thus completing a set. Most of Jack's sets have long since disintegrated into the Giant Communal Lego bin (1 of 3). When he gets a bit older I hope to encourage him to sort through the Giant Communcal Lego bins and assemble his sets to play with and keep on the shelf fully assembled. I can always dream. 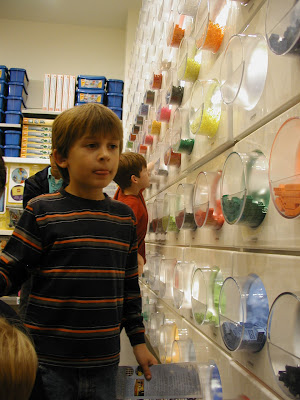 There's something about the sound of bricks clacking together. 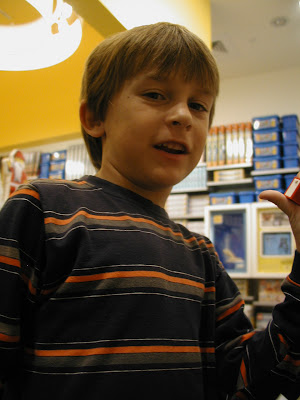 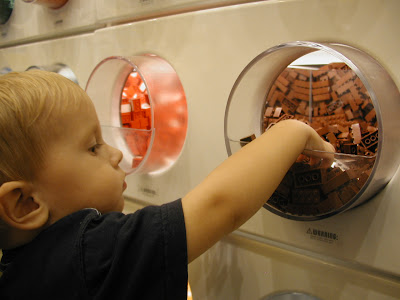 Brazey spent most of his time at the Brick Wall. 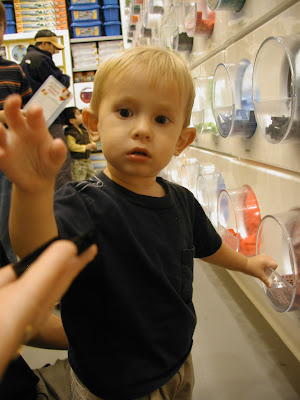 There's a good one. 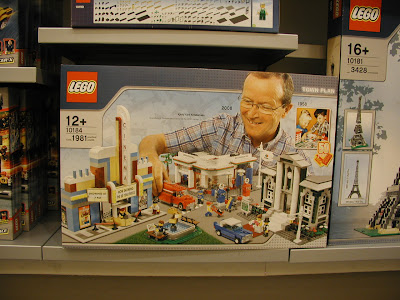 Here's a set I'd like to build myself, though I doubt I could possibly be as happy about it as the dude on the box is. 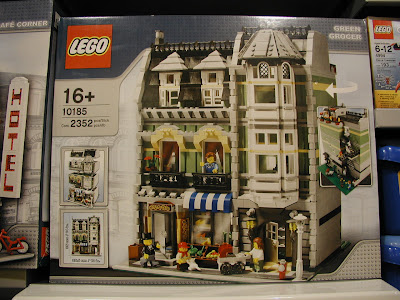 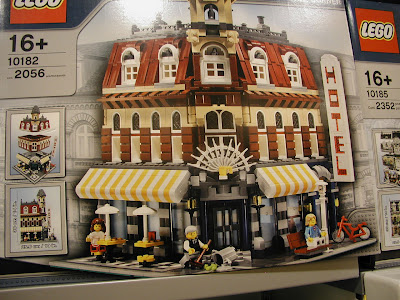 auntie m said…
Looks like a place I'd to visit but I wouldn't have a clue how to put them together.
4:19 PM