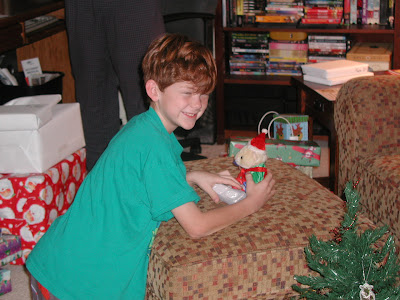 Harry is a gift from Mama D and Papa D when Jack was three. We met Mama D and Papa D in Scottsdale on our way up to Williams to ride the Polar Express. Mama D gave Harry to Jack and Jack hugged Harry, box and all. Since then Harry has gone to the North Pole every year to help Santa, and returned each Christmas with Jack's presents. This year, Harry brought the Wii. 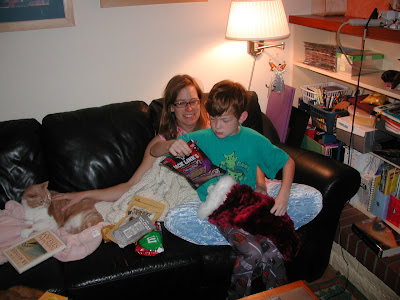 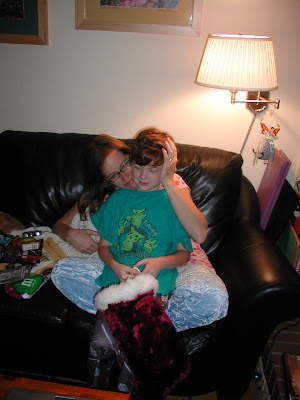 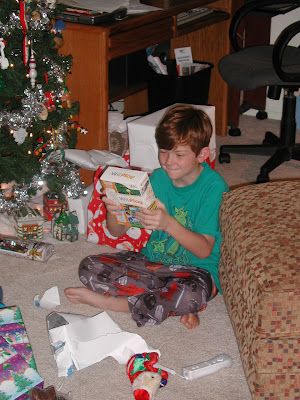 From Mom and Dad Jack got a lot of Wii related gifts. 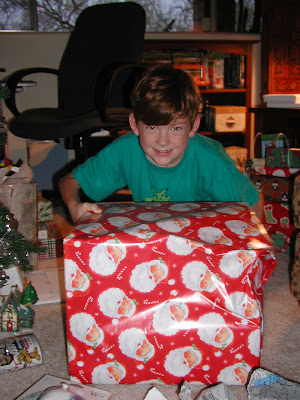 This big box came from Uncle Mike in Chicago. 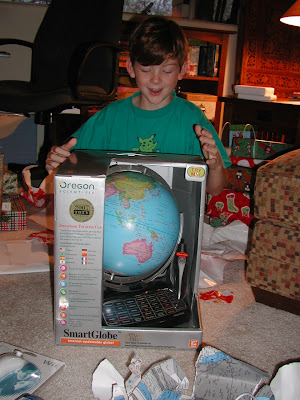 It's a cool gift. Unfortunately, the Wii is the only thing Jack really wanted, so many of his other gifts have languished in the living room. 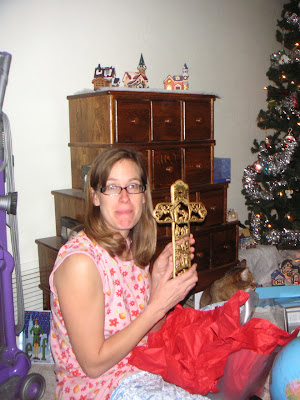 From David I got a new cross to add to my wall. The shepherds, the Magi, and the angels herald the coming of the Christ child.

We commemorate that coming with this abundance of gifts, and give thanks for our good fortune.