August 18, 2008
We had an exhausting week what with the beginning of school and all. I would have appreciated a nice, relaxing weekend, but what I got was a weekend full of birthday parties, a sleep-over, and date night for me and DH. Don't get me wrong: it was a lovely weekend. I just needed a little more downtime. 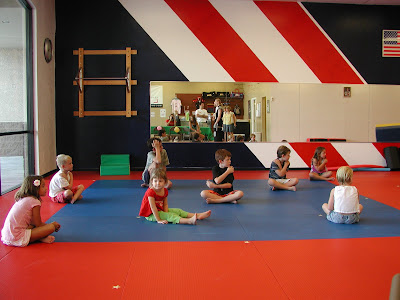 Anyhoo, we went to a birthday party for Jack's preschool friend Nathan at Sunrise Tae Kwan Do. The party begin with some floor work. 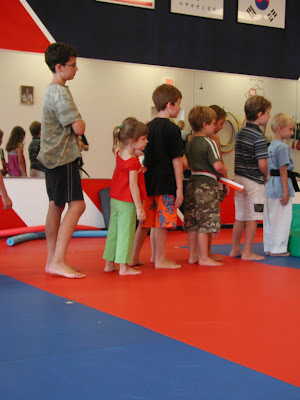 Then they lined up for an obstacle course. Here's Jack in line before the music started. 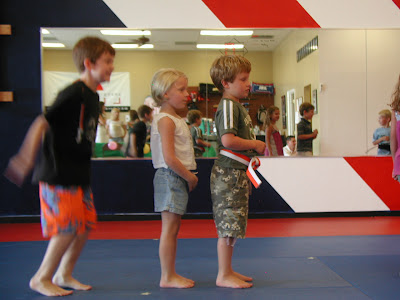 Here's Jack in line after the music started. 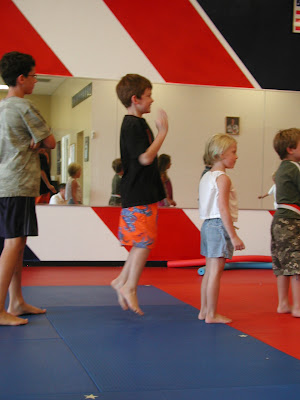 He hears anything techno, he can't keep his body still. I hope raves are WAY out of fashion when he becomes of age.

After the obstacle course, Jack was reluctant to join in any of the other activities. He hovered around the edges. He drank a juice. He sat by me. "What's up?" I asked. "Why don't you want to do the Tae Kwan Do?"

"Mommy? Is that the Wizard Goblin?"

"The Wizard Goblin? From that movie you made me watch?" 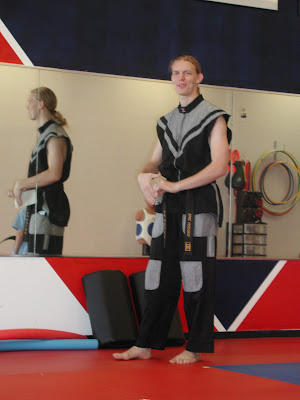 "You think Mr. Hodges looks like the Goblin King? From Labyrinth?" I said.

"You mean that's the guy who played him?" Jack asked.

I don't know. You be the judge. Anyway, Jack was cowed enough by Mr. Hodges to retreat from activities until the wall climb. He liked that one pretty well. 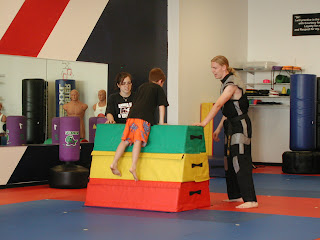 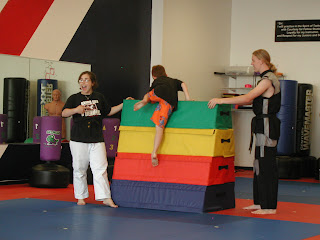 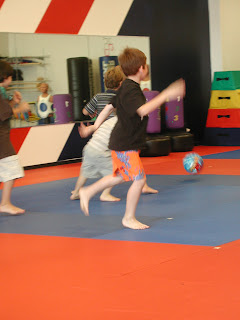 He also got into dodge ball. But that might have been the techno music. 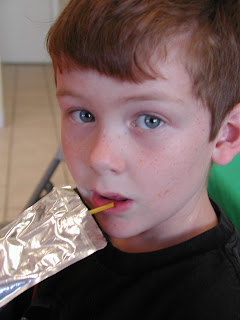 By the end of the party (the second of the day) he was pretty well wiped. Juice remedies many maladies. After the party he was rarin' to go to a sleepover. I was rarin' for a nap.

Ana said…
He totally looks like David Bowie... Jack's amazing. What a good eye!
7:14 AM